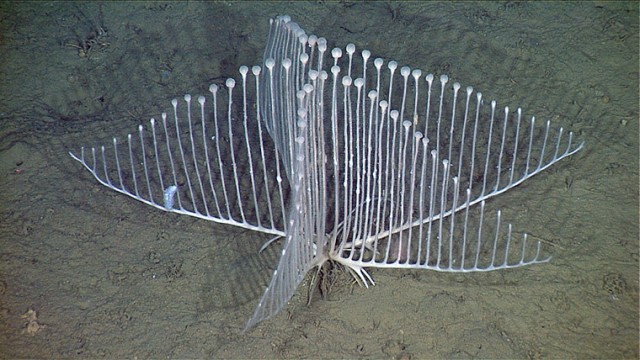 Yes, you read that right. According to Quentin Wheeler, PhD, director of the International Institute for Species Exploration, some 18,000 previously unknown forms of life were identified on this planet in the last year alone. The Lyre sponge, above, discovered in the deep ocean off California, is one that made the Institute’s 6th Annual Top 10 New Species List. The Glow-in-the-Dark Cockroach, below, is another. 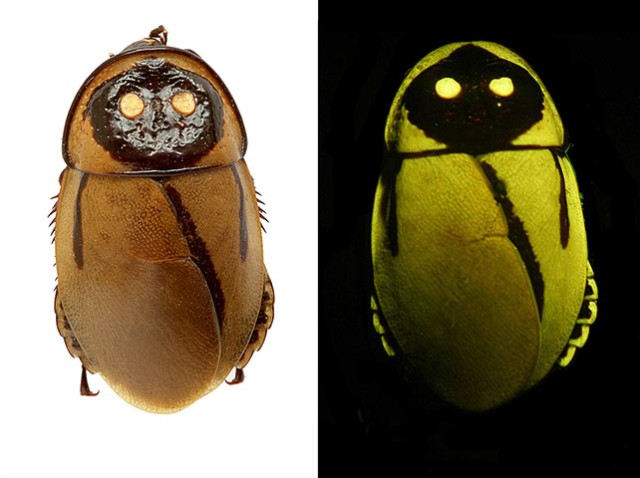 Selecting 10 favorites from 18,000 candidates wasn’t easy, Wheeler writes in an article in The Guardian. But it was nothing compared to what many scientists see as the approaching challenge of deciding which species can and should be saved from “the biodiversity crisis of the 21st century,” during which “more than half of all species could disappear in the next 100 years.”

Yes, you read that right, too. If we don’t act now, some scientists believe, and if now isn’t already too late, half of all species on this planet — including the recently identified Lesula monkey, another Top 10 pick, shown below — could soon disappear in what would rank, writes Wheeler, as “only the sixth mass extinction event in Earth history.” 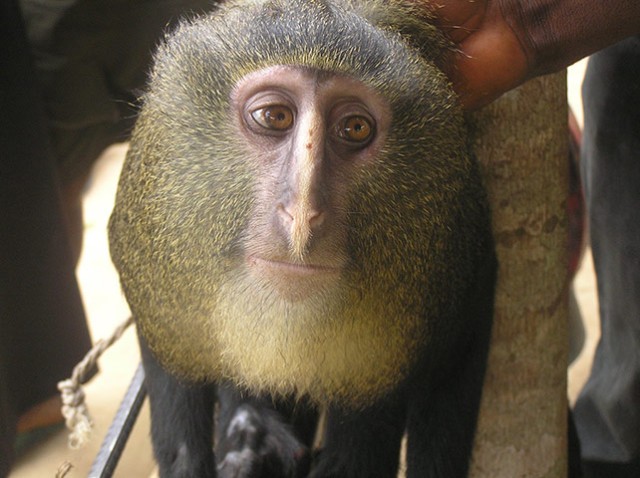 Do any of us really want this to happen? Wouldn’t we all want to do what we can to prevent it if we really understood what’s at stake? That’s what the scientists who compiled this list are hoping.

“The list is a kind of scientific shock-and-awe campaign,” writes Wheeler, “shocking us at what we did not know about our own planet and leaving us in awe over the diversity, complexity, wonder and beauty of the living world.”

Which only we can save.