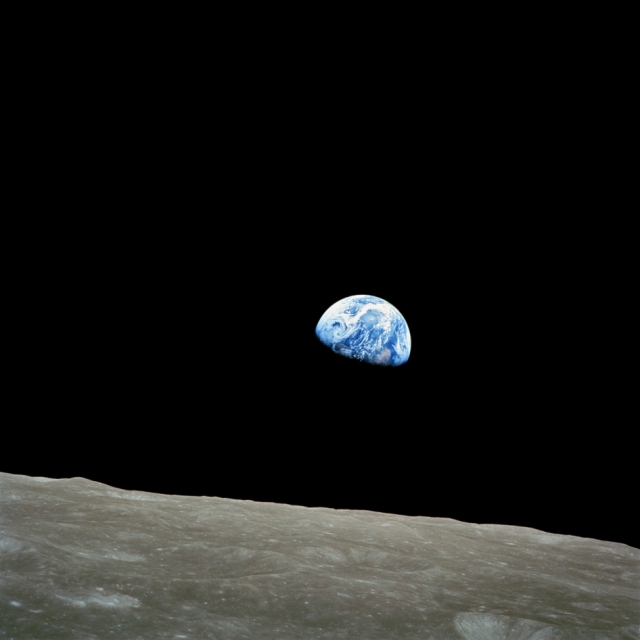 Today marks the 45th anniversary of the day Apollo 8 astronauts Frank Borman, James Lovell and William Anders became the first humans to travel to and orbit the moon — and the first to view and capture images of our precious planet rising over the moon’s surface in the distance of space.

NASA has created the video below to commemorate the event. Watch it all the way through to hear original recordings of how the men reacted to this astonishing vision and cooperated to capture the photographs.

NBC Nightly News with Brian Williams has also done a special report on the Apollo 8 mission containing footage shot inside the capsule as the men scrambled to photograph Earthrise before it passed from view and containing a recording of the greeting the astronauts delivered from space to everyone back on Earth later that evening, on Christmas Eve night. To view this special report click here or click the image below. 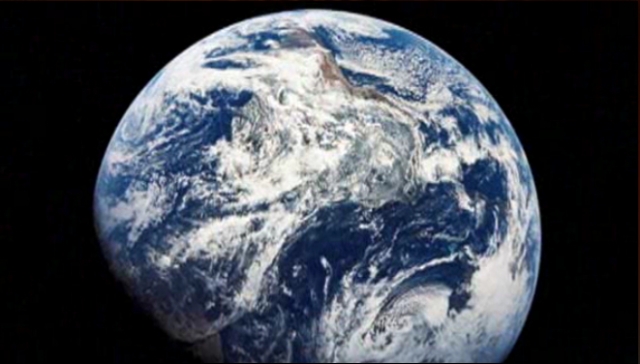 How appropriate that NASA astronauts Rick Mastracchio and Mike Hopkins were out earlier today, Christmas Eve 2013, doing the second of two spacewalks to finish replacing a coolant pump on the International Space Station. Learn more about these spacewalks and see video and images here, here and here. 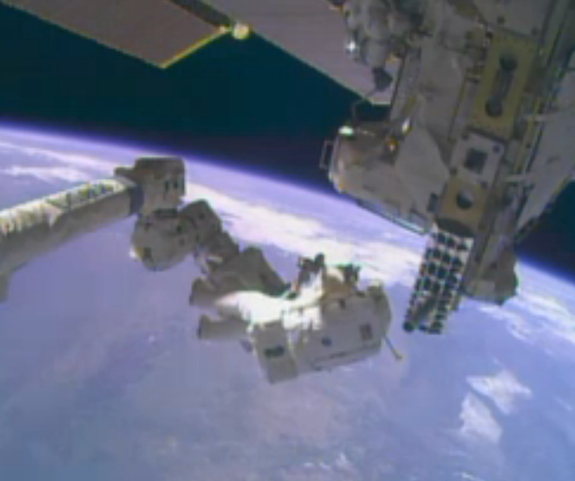 And how cool that we in New York and people on other parts of the planet can look up tonight and tomorrow night and watch the International Space Station pass overhead — and that all humans everywhere can track when to look up and see it at Spot The Station.

Finally, thank you to Shellie Bailkin for forwarding this verse from Timothy Steele’s poem “Toward the Winter Solstice,” selected by the Rev. Galen Guengerich of Unitarian Church of All Souls in New York City as the Daily Meditation for Sunday, December 22:

Some wonder if the star of Bethlehem
Occurred when Jupiter and Saturn crossed;
It’s comforting to look up from this roof
And feel that, while all changes, nothing’s lost,
To recollect that in antiquity
The winter solstice fell in Capricorn
And that, in the Orion Nebula,
From swirling gas, new stars are being born.